Vertical Axis Wind Turbine VAWT, when I was a kid my father assembled some parts and built his own VAWT. Below is what this must have looked like in Dad’s head. Sadly I am unable to find a picture of it all assembled. Here is a link to something similar to what dad envisioned. 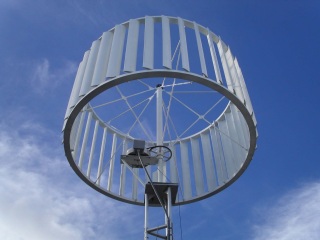 “That flywheel was from a bigger baler I think a NH 76 or 77 which was much heavier. I think the wheels were from some kind of hay rake the whole thing was mounted on a Ford Falcon chassis. I towed it from Mineral Springs to Carlisle behind my truck, I forgot how we got it to the farm from there I carried it with the bucket loader to his house because the frame had buckled it was so heavy the rear wheels on the tractor just barely touched the ground.”
Howard Crosby
And here is a parts list DC motor to work as the generator. The motor would be mounted to the axle where the drive shaft  would have been and making the ninety degree turn. The picture is an AC motor but the picture gives you the idea. 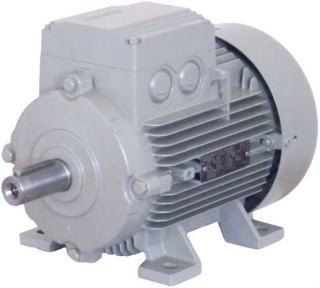 Flywheel and frame from the hay baler that his cousin Davy had lost his leg in.  I never understood how the wind would get this flywheel moving. 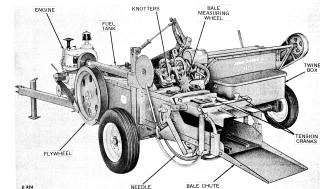 Steel wheels about three feet tall from some sort of wagon. These were turned on end and mounted on top of the truck axle with panels placed between the wheels to catch the wind. 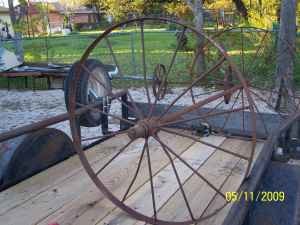 A truck rear end with needle roller bearings in it. The axle was welded to the baler frame with one end down the other pointing to the sky with the metal wagon wheels on top of it. 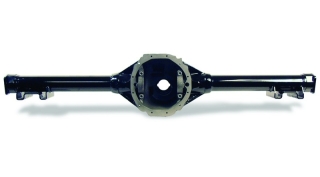 Along with other scraps of metal. As far as I know this never turned in the wind or made any power ever, but what a great concept.

My mother called this Fulton’s Folly, and the thorn in her side. She said dad dragged that thing around from place to place when we moved and stored it at friends houses for years, until it was sold off for scrap, probably along with the retirement camper.